You're looking for a special motorcycle or just don't want to miss anything new? Use the search requests by saving a search preformed previously and be notified about new ads. 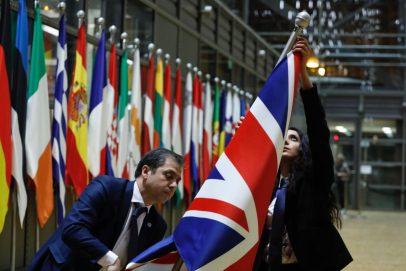 Brexit and the impact on the classic car market

For years, the sword of Damocles of Brexit hovered over everything. It affects political and social issues, but above all the markets. The market for classic cars is also affected. How does the ... 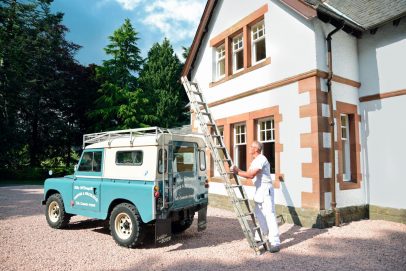 Business card, therapy, hobby – House painter Mike McDougall considers his Landy as much more than just a company car. He not only has his Land Rover to thank for new jobs, but also for a new zest for life. 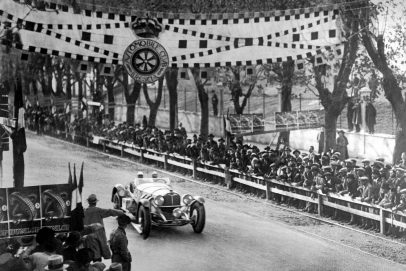 90 years ago, Rudolf Caracciola achieved a surprising victory at the 1931 Mille Miglia. The large and, despite numerous lightening measures, still heavy Mercedes-Benz SSKL (W 06 RS) started in B...

An homage to the motorised bicycle

What do Adler, Geier, Mars and Anker have in common? No, they’re neither birds, nor planets nor shipping equipment. They’re four of over 600 motorcycle brands that have contributed to the development of motorized bicycles since Daimler-Maybach’s revolutionary invention of the “Reitwagen” at the end of the 19th century.
While it began as a motor-aided bicycle, the motorcycle has quickly become its own vehicle type and has gained worldwide popularity.

Let us remember some forgotten, well-remembered, classics and legends together:

Until the end of the 1950s, Express, Victoria and DKW had their spot in the motorcycle market under the “Zweirad Union” brand in Nuremberg. But hardly anyone remembers the marvellous Victoria V35 Bergmeister, that was built about 5000 times in the mid-1950s.

The German company Horex got some attention, when in 1952 the one-cylinder model Horex Regina became the best-selling 350cc-motorbike.

With the two-cylinder and 500cc Horex Imperator, Horex tried to enter the high-class motorcycle margin but did not succeed with it in the long run. Based on the Horex, former design engineer Friedel Münch developed his first “Münch-Spezial”, also called “Münch-Horex”, that was optimized for his own racing efforts. Well-remembered classics were to follow, such as the legendary Mammut, that was, besides various own developments such as the Münch-Duplex-Racing-Break, fitted with a powerful four-cylinder NSU motor.

The unforgotten Zündapp KS 601-bike-trailer-combination “Green Elephant” attracts enthusiasts in continually great numbers from all over Europe since 1956, to attend the annual “Elephant meeting” in the middle of the harsh Bavarian winter.

Producers of classic motorcycles then and now, the USA, Germany and Italy

Obviously, there are the big players, above all Harley Davidson, BMW and various Italian brands who can look back on development histories full of tradition since the early 20th century, and who, even until today, are market leaders in the segment of classic motorcycles as well as modern machines.

Who doesn’t know the Potato-Potato-Sound that powerfully comes from the pots and pipes of the Harley and that enthuses admirers from all over the world, from all generations and that infects them with the virus Flathead, Panhead, Sportster & Co.

While the 1957 Sportster Motor with its Ironhead-grey cast iron cylinder heads was a direct opponent of Norton, BSA and Triumph, Harley has today become a well-established cult brand that counts on its marketing strategy suggesting freedom, adventure and tradition.

BMW - a motorcycle producer with a unique classic status

Boxer or rubber cow – both terms are closely associated with BMW, the most tradition-rich German motorcycle brand that has produced a broad range of solid classics. It all began with the 1923 R23 that already sported a boxer motor and cardan shaft drive. Then and now, BMW models of all classes are frequently used for racing purposes.

The old R-Series and bike-trailer-combinations are often used for classic races or rallies as well as so-called veteran races. Until today, the BMW brand represents solidity and reliability. The gapless database of the Bavarians enables motorcycle owners to search in detail for technical data of their beloved vehicle and produces the exact production date as well as all technically relevant information on the vehicle, when entering the vehicle’s identification number. Development codes and type-keys give exact information about motor and manufacturer code, amongst others.

Triumph classic motorcycles - famous for their appearances on screen

Concerning image building however, it was the 50s and 60s that gave today’s historic motorcycles that certain something and the unmistakable prestige. The heyday of movies and television helped motorcycles such as the Triumph Thunderbird in “The Wild One” become legends overnight. It was also a time of competition for technical benchmarks: the world-record setting race of 1955 at Lake Bonneville in Utah (USA) brought us – after its sublime victory – the serial production of the Triumph Bonnevill – pet name “Bonnie”. Another English traditional brand’s – Norton – motorcycles stand up in the 350cc as well as the 500cc racing classes until today, priding themselves with over 40 victories at the famous road race “Isle of Man”.

At the topic of racing sports, a big, Italian door opens to any wholehearted writer: Giacomo Agostini alone achieved 10 world championship victories since 1966 on racing bikes by MV Agusta, built in the Italian town Varese. The Ducati 750 Supersport with upright shaft drive and the unique Desmo-positive-ventilation-steering was produced as a racing replica in the 1970s and was later enhanced to 900cc. The well-designed and shapely models from bologna proved to be uncatchable in many races. The brand Moto Guzzi also was well known from its racing successes. The “Italian Eagle” had its break-through in 1924, when it won the European Championship of the 500cc class. Classics such as the Falcone, V7 Speciale, 850 GT, the “police motorcycle” V7 California and the legendary Le Mans followed suit. Even until today, enthusiasts and dealers pilgrimage to the parts market in Mandello del Lario, once birth place of these Italian V2 classics.

The Japanese were not amongst the first to develop high quality motorcycles, but the landscape of motorcycles can’t be imagined without them. Harley Davidson opened its first production site in Japan in 1924 already and quickly broadened its network of dealers in Japan, delivering their motorcycles built in Milwaukee/Wisconsin even to the Japanese Military. With the deterioration of the Yen, the Japanese started producing their own, inexpensive machines, introducing the Rikuo in 1934. Many more were to follow. It was not on rare occasions, that – supported by the Japanese Government – European standards were used as “mentors” for the Japanese copies. BSA, Victoria, Indian, BMW and DKW received Japanese twin replicas – a reputation that sticks with them until today. Meguro, Lilac, Cabton, Marusho and Yamaha emerged.

In the late 60s and early 70s, the Japanese models – heretically called “rice bowls” – started to stir up the European market and racing sports and became serious competitors to the well-established brands, even for private buyers. Noteworthy classics that have become popular outside Europe as well are the Yamaha XT 500, Honda CB 750 Four, Kawasaki Z1 and the Suzuki GS 750.

Café Racers, the Isle of Man race and other classic cult motorcycles

Imagine, you throw a coin into the slot of the jukebox at your favourite café and have to make a hell of a ride around the next lock and be back at the start before the song ends. Welcome to the world of Café Racers, the misfits, the Rockers! The 60s were wild and revolutionary: it was cool to be different and original and only a few recognizable bits remained on the serial motorbikes of the time. Lowered stump-handlebars, open exhaust systems and a flat racing position through the repositioning of the footrests were the answers to the uniformity of mass production. The motorcycle became an important scene element and was styled to the point of unrecognizability.

Especially English brands such as Norton, BSA and Triumph were – referring to the racing machines of the TT Isle of man – modified. Later, many renowned producers such as BMW as well as the Italian companies Benelli and Moto Guzzi took up the style of the Café Racers and developed special editions based on their own models which were very well received.

Motorcyclists then and now are connected through a passion that is not only based on the wind blowing through their hair or the thrill of speed. Freedom, adventure, individualism – a conglomerate of terms that defines the spleen for the motorized bicycle. There are motorcycle clubs for all brands, enthusiast’s meetings and organized rides. Quite a few hit the racetracks on the weekends, hunting for the best lap times. The DHM is one of the most important contact points for keen classic racers. There are many noteworthy events where enthusiasts compete with their classic motorcycles of all classes.

Here you can individually choose the currency in which all offer prices should be displayed. This setting can be changed at any time. Conversions are generated once a day. The illustrated non-EUR-price are approximations and commercial roundings. Legally, these conversions are not binding.